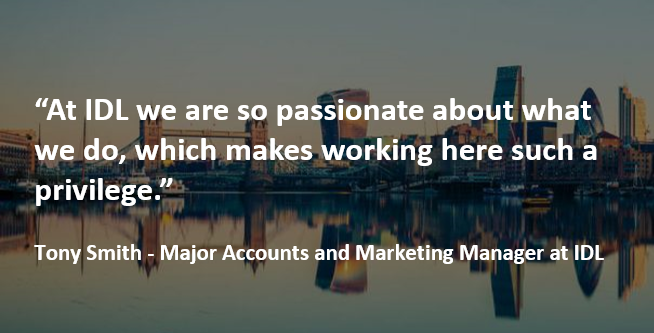 From an early career as an apprentice Electrician, to working in the Fire Service and then as an electro-mechanical engineer, I first moved into the security industry quite a few years ago. I was working as a field engineer for Time and Data Systems International (TDSi), on their cashless payment system, before I transitioned over to the access control side of the business and moved to the Sales team and have never looked back. I worked with TDSI for over 13 years, followed by Infineer, HID Global and Kaba before joining Integrated Design Limited in 2009, to manage the business relationship with IDL’s strategic partners in North America and the Far East as well as overseeing other major and global accounts.

When I joined, IDL had already been granted the trademark for ‘Fastlane’ in the UK, Europe, USA, Japan, Singapore, Hong Kong, China, Australia, South Korea, Kuwait, Norway and the UAE. My role was to support this continued overseas growth. When, in 2009 we were awarded the prestigious Queen’s Award for Enterprise in the International Trade category, for demonstrating a substantial growth in export trade over a 3-year period, that was a proud moment for all of us. 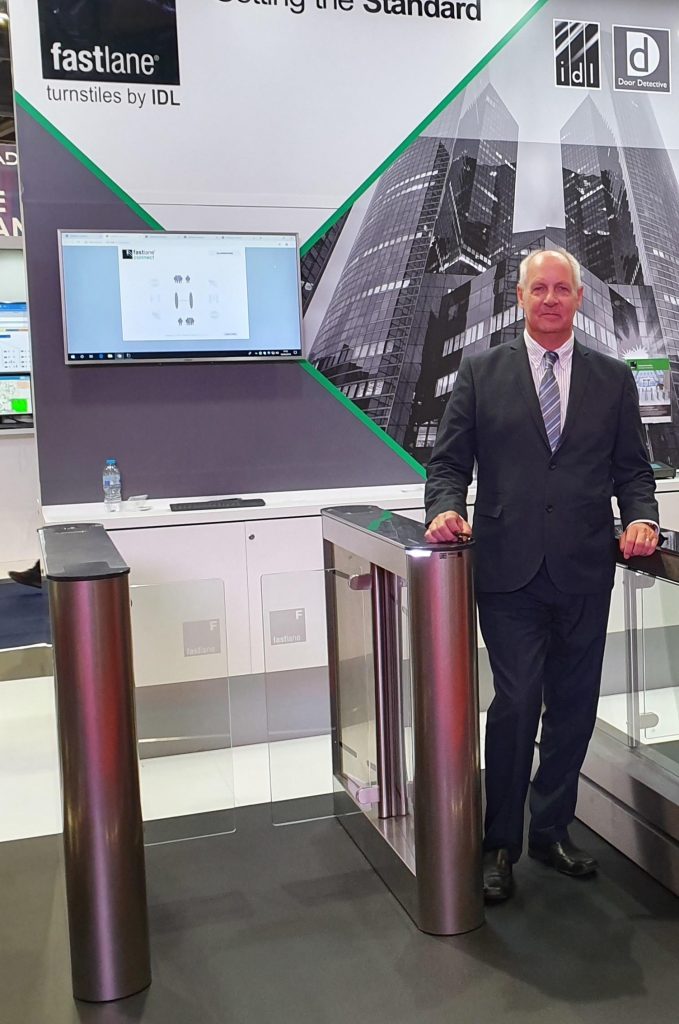 At IDL we are so passionate about what we do, which makes working here such a privilege. Our ability to innovate and keep ahead of the curve in an ever-changing and ever-evolving industry is not only a constant source of pride but also a source a great excitement. Everyone here cares about the quality of what we produce, and I am still as enthusiastic about every new product launch and announcement as I was when I first started, and I know that all the team feel the same way.

We now have a portfolio of over 40 products, as well as non-turnstile options including Door Detective and complementary software applications such as Fastlane Connect. We’ve had our products installed in six continents in some of the world’s most iconic buildings including the UNESCO headquarters in Paris, the Aldar HQ in Abu Dhabi and the new World Trade Centre Complex in NYC. Another highlight was being involved, in 2011, in the launch of our most iconic model, the Fastlane Glassgate® 150. This product, with its sleek materials, such as a stainless-steel enclosure, glass spine panel and glass pedestal height swing barriers, has established itself as a core part of our range, being installed in buildings such as the YMCA in Toronto, The University of Strathclyde and The University of Manchester.

But probably one of our greatest achievements is the fact that we can still say that Fastlane turnstiles are a fully British product, from the design stages all the way though to manufacturing. As the security landscape is constantly being challenged to adapt to changing threats, so are the products created and developed by IDL with our wealth of experience in the field. What will remain constant however is our focus on unrivalled quality and our passion for further enhancing optical detection and barrier mechanism design, ensuring that Fastlane remains at the forefront of the security and entrance control market.

Entrance Control vs Access Control: What’s the difference?
Next

Symbiosis in Singapore: an interview with IDL-APAC