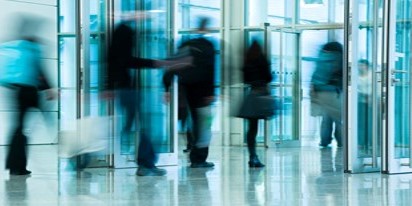 If you Google ‘entrance control’ and ‘access control’, the search engine returns pretty much the same results. However, there are some subtle, but important, differences between the two which need to be understood before you start shopping for a security system which prevents unauthorised pedestrian access.

We’ve summarised the key differences in this video, but for further detail, keep reading…

Reflecting on the difference from the access control side of the fence, Ray Phillips, Managing Director at ACS Ltd., comments: “Access control is a discriminating authentication process. Entrance control takes the output of that validation and either grants or denies access as appropriate. We create the software and hardware that defines the criteria for acceptance or denial, and Integrated Design Limited create the intelligent hardware that has the capability to see whether this criteria is being adhered to, for example the ‘one card, one person’ rule, and respond accordingly.”

If access control verifies authorised personnel using their credentials – their face, fingerprints, PIN number, key card etc – and decides whether or not they are permitted access, entrance control is the system which enforces that decision, by either opening to allow users to cross a threshold, or remaining closed to bar entry and potentially raising an alarm.

Tony Smith, Major Accounts and Marketing Manager at Integrated Design Limited, comments: “A card reader may act as an access control device, recognising the card holder as having the correct permissions and saying ‘yes, this person can pass’. But, it’s the entrance control system – a turnstile, for example – which actually physically allows or denies the access. So, entrance control enforces the correct use of the access control system, keeping people honest by making them present their credentials in the correct way, before allowing entry.”

Some entrance control systems don’t feature a physical barrier, however, so what happens in this instance?

“We have a range of Optical turnstiles which don’t feature physical barriers,” continues Tony. “Although they don’t physically block an unauthorised person from passing through, they do alarm when someone fails to present valid credentials, alerting security staff that a breach has occurred. And now, with FastCam, we can capture a video of any incidents, allowing us to identify users failing to abide by the access control system’s rules, and using this footage to decide on the level of response required. For example, it could be a member of staff in a hurry failing to show their card before passing through, in which case they can be reminded about the security protocol. Or, it could be an unidentified person who needs to be escorted from the premises.”

Access to a door can be controlled by fitting an electronic lock and card reader but, as soon as the door is open, you no longer have control over who, or how many people, pass through it. Door Detective, IDL’s product for monitoring the throughput of access-controlled doorways, corridors and passageways, enforces the ‘one card, one person’ rule.

Fastlane turnstiles can be integrated seamlessly with every known access control system. If you’d like to speak to us about the most suitable solution for your security requirements and environment, get in touch with our team on +44 (0)2088905550 or email info@fastlane-turnstiles.com.

A view from the bridge…An interview with Derek Huff, Managing Director
Next