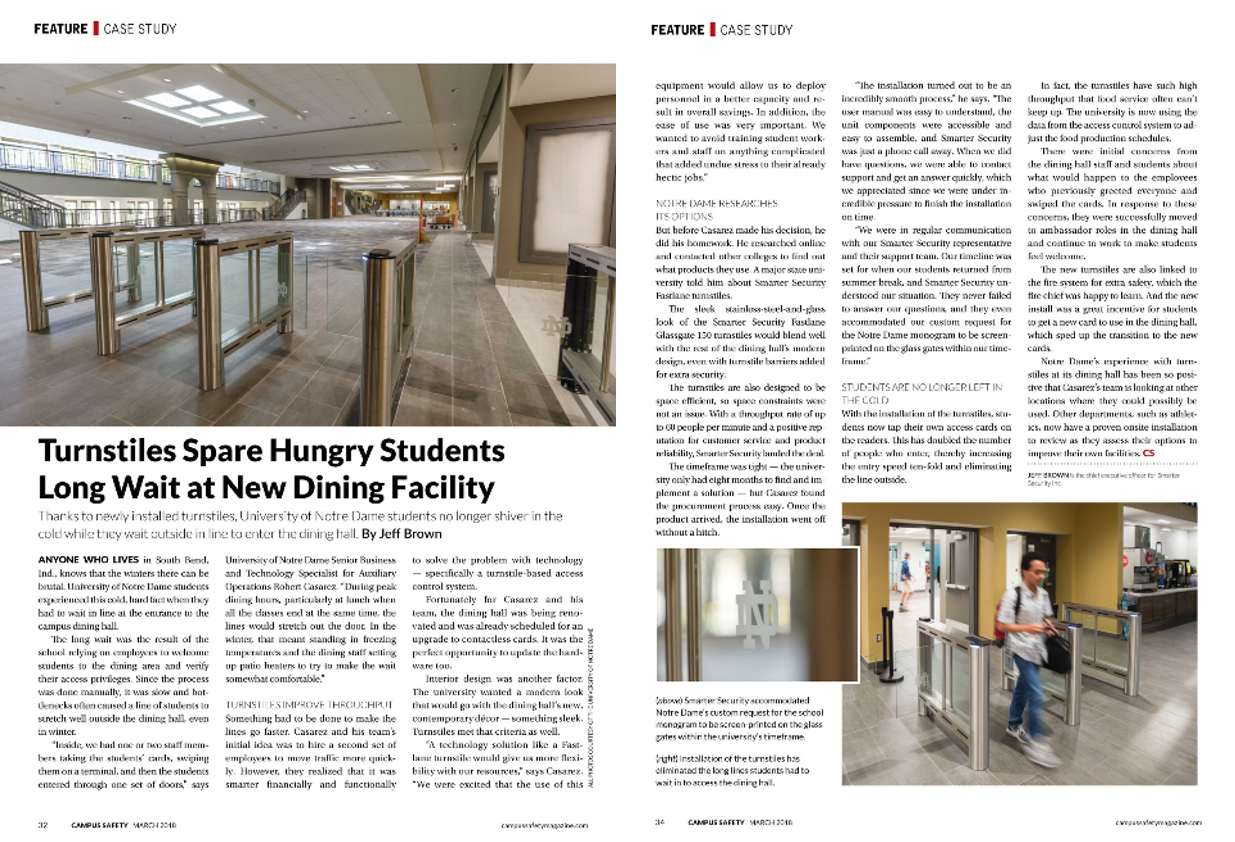 IDL has been working with Smarter Security, our partner in the USA, since 1995 and during this time we have been fortunate enough to work on some great projects together. From securing the lobby at 7 World Trade Center in New York, to controlling access to two banks of elevators at a leading financial institution’s new headquarters in north-eastern United States, Fastlane products have been chosen to safeguard the entrances of many high-profile buildings across the USA.

One of the most recent projects we worked on with Smarter Security involved supplying Fastlane Glassgate 150s – with custom monograms screen-printed on the glass gates – to the University of Notre Dame in Indiana, so they are able to manage student access to the dining facility.

In the past, students were required to wait in line outside, often in freezing temperatures, whilst staff manually verified their credentials before allowing access to the dining facility. Installing an access control system featuring Fastlane turnstiles has increased the speed of entry ten-fold, eliminating the queues outside, as well as allowing data to be collected which is then used to plan food production schedules. The physical barriers of the Glassgate 150 provide extra security, and – being linked to the fire system – they also provide additional safety for staff and students. But, the turnstiles aren’t just functional; the sleek styling of the units also complements the refurbished dining hall’s new, contemporary décor.

Having researched a range of options, it was Smarter Security’s positive reputation for exceptional customer service, combined with the product reliability of Fastlane turnstiles, which won the contract. The University’s experience of using the turnstiles has been so positive that they are now looking at other locations around the campus where they could be implemented.

You can read the full case study in Campus Safety Magazine.

Intelligence and elegance meet in the middle