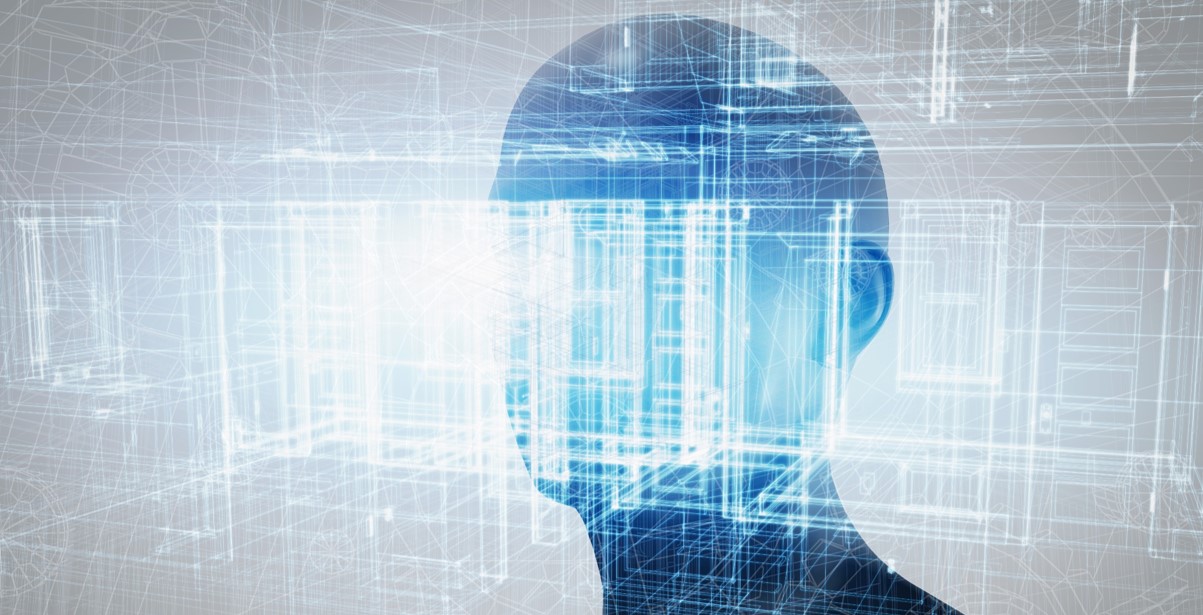 Until fairly recently, the use of biometrics in entrance control was typically reserved for those with bigger budgets and viewed as an enhanced security requirement for only the highest security applications. Now, biometric integration has become more commonplace, being used in corporate offices, educational institutions and healthcare facilities, to name just a few applications.

We covered some of the advantages and disadvantages of the use of biometric security – for example, fingerprint scanning – in a previous article, which you can read here. But, more recently, we’ve found that an increasing number of customers are seeking entrance control solutions which allow authorised users to gain access without them having to touch anything, whilst still retaining the physical security provided by a turnstile. In response to this, we continue to work alongside a number of the best biometric systems developers in the world, to ensure that we can offer a complete integrated entrance control solution.

One of these partners is UK-based facial recognition pioneer Aurora, developers of the Artificial Intelligence-powered FaceSentinel system, which allows registered users to open turnstiles and doors just by looking at a sensor. We spoke to Gary James, Head of Sales & Marketing at Aurora, to discuss the use of biometrics in entrance control in general and, more specifically, how the Aurora facial recognition technology – when integrated with our Fastlane and Door Detective products – can help to combat some of the potential disadvantages of other ‘contact-type’ biometric verification systems.

The purpose of security is to allow people to go about their daily lives freely and with peace of mind. Freely means not interfering with them unnecessarily – not asking them to remove gloves, for example. With peace of mind means that they can enter their place of work, for instance, and not feel concerned that an unknown person might have gained unauthorised access and have harmful or disruptive intentions.

“When it comes to pedestrian entrance control in particular, the security process needs to be as easy and simple to use as possible,” comments Tony Smith, Major Accounts and Marketing Manager at Integrated Design Limited. “Behind the beautiful exterior of our Fastlane range, the infrared matrix that drives the decision to authorise entry makes thousands of calculations per second based on luggage being carried or pulled, tailgating, unauthorised passages and much more. This intelligent technology is capable of processing up to 60 people per minute, one at a time. But, you can only achieve truly frictionless entry by fusing our turnstiles with the best user verification technologies to provide an integrated system which allows user credential checks to be made in a way which doesn’t inconvenience the user.” 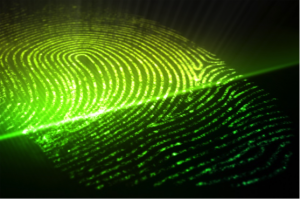 Integrated fingerprint scanners in entrance control turnstiles can create unnecessary delays, as they require the user to pause and comply in order to be granted access. During busy times bottlenecks can develop, especially if there are a lot of people in the morning having to remove gloves, for example, before having their fingerprints scanned. This is where a facial recognition system such as Aurora’s FaceSentinel really comes into its own.

FaceSentinel is the world’s first biometric access control authentication product powered by AI and ‘Deep Learning’. “This Deep Learning works by creating a blank ‘brain’ – about the size of a honey bee (960,000 neurons) – an artificial neural network which is then trained to specifically recognise faces by presenting it with millions of face examples. When integrated with a Fastlane turnstile, and with FaceSentinel in Identification Mode – which is also known as ‘one-to-many’ verification – there is little or no dwell time between the facial recognition system screening someone’s credentials, the access control system checking those credentials against a database and deciding whether or not to grant entry, and the turnstile opening to physically allow access, meaning there is minimal user interaction required and no inconvenience,” comments Gary.

Before deciding to implement this integrated entrance control system at its headquarters, a large bank carried out rigorous user testing with a sample group of employees. Initially, the test group were provided with a fingerprint reader to trial for a few months. “With lots of people travelling to work on public transport or by bicycle and having to remove gloves before entry, which caused delays – and users not knowing what the last person who touched the reader had on their finger – this system proved unpopular. The test group were then given FaceSentinel to trial, and it gained quick user acceptance,” continues Gary.

Not affected by natural light variations

One of the key benefits of the Aurora facial recognition system is its use of infrared sensors. “Most facial recognition systems fail when it comes to the challenge presented by natural light fluctuations,” continues Gary. “Just like in photography, if you try to take a photograph of someone with the light behind them, you cannot clearly distinguish facial features. For facial recognition systems to operate with speed, accuracy and reliability you need to be able to clearly identify an individual 24/7, despite it being light, dark, or anything in between. To overcome this challenge, FaceSentinel uses highly specialised infrared sensors and, as a direct result of this technology, we have a zero-false accept rate and a very low false reject rate, with a high degree of tolerance around face angle.”

One application where FaceSentinel is used is in border control and passenger management at London Heathrow airport. “At this airport, because there is a common departure lounge where both international and domestic flights mix, there is a very real threat that boarding passes could be swapped,” comments Gary. “This happens a lot, but most often by accident when, for instance, you’re travelling as a family and one person looks after all of the boarding passes and they get mixed up when being dished out in a hurry. But, there is a threat here; suspicious individuals, who have come from outside of the UK, may want to pass into the UK through a smaller regional airport – which doesn’t have much border control presence – and disappear.”

FaceSentinel mitigates against this threat by enrolling passengers onto the system when they present their boarding pass at the scanner just before security. This is where a picture is taken of the passenger’s face. If that passenger looks different by the time they get to the gate, where verification occurs, a security event is raised.

“A passenger could look different due to changes in natural lighting creating shadows on their face. People at Heathrow might first register their credentials in daylight, but by the time they get to the boarding gate, it could be dark. For other facial recognition software this could cause an issue – resulting in false rejects – but, due to our use of infrared sensors, this isn’t a problem for FaceSentinel,” adds Gary.

Another key advantage of facial recognition over other forms of biometric verification is that it can quickly be used to easily identify an individual trying to obtain unauthorised access. For example, if using another type of biometric identifier, such as a fingerprint reader or palm scanner, in conjunction with an access control card, it’s possible for someone to steal that card and try to gain unauthorised access using it. Even if a user notices that their card has been stolen, and an attempt at unauthorised access is flagged up by the access control system, it’s not possible to identify which individual made the failed attempt.

Gary continues: “FaceSentinel enables you to identify two things: 1) whose card has been stolen, because the denied event will be flagged up, even if the person whose card has been taken doesn’t realise and, 2) who tried to use those credentials to gain unauthorised entry, as a photograph of the perpetrator is captured and stored.”

Not impacted by dusty environments

Although not directly a security related application, it’s worth highlighting that one of the biggest markets for facial recognition is in the management of time and attendance on construction sites, and it is used as the basis for paying thousands of construction workers all over the world, by some of the largest companies in that market. Use of fingerprint or palm readers in this kind of dirty environment, where workers use their hands a lot and may damage these credentials, can be unreliable. In comparison, facial recognition enables fast, reliable entry to authorised personnel.

Managing time and attendance isn’t a unique requirement of construction sites, however, and this system could be implemented at hotels for the same purpose – or to manage staff security – where shift workers come and go at varying times.

Are there any drawbacks?

Facial recognition is one of the most expensive biometrics but, in high security applications where low user interaction and frictionless entry is required, many feel that its distinct advantages mentioned above do justify the cost. However, one of the potential issues around using facial recognition as a form of user verification in entrance control is that it cannot prevent unauthorised access brought about by duress.

Panel access control systems started building in duress codes, so that a user can trigger a silent alarm if they are being forced to grant access to an unauthorised person under duress. In this scenario, if someone is being held hostage and is forced to use their face to allow entry to an unauthorised individual, you cannot stop whoever is holding them hostage from passing through the access point.

“A physical barrier is a great visual deterrent, and a good starting point to curtail a duress situation or tailgating – the act of following someone through an open door unauthorised,” comments Tony. “However, to further mitigate this risk, you need some ‘intelligence’. The technology used in Fastlane turnstiles and Door Detective products can detect tailgating as close as 5mm, whilst at the same time avoiding false alarms. So, if someone is forcing an authorised person to use their biometric credentials to gain entry, and the perpetrator follows the authorised person through the turnstile, this will be flagged up as a security breach and an alarm raised.”

Whilst no level of security can provide 100% assurance of personal or asset safety, by integrating cutting-edge technologies in novel ways it is possible to get close, without unnecessarily inconveniencing users.

To see the Fastlane/FaceSentinel integration in action, you can visit Security & Counter Terror Expo on 6-7 March, in London, where we’ll be demonstrating the Fastlane Glassgate 300 integrated with FaceSentinel as part of the Integrated Security Showcase. Read more about our involvement here. You can also see how FaceSentinel integrates with Fastlane Door Detective Plus – used to monitor the throughput of open, access-controlled doorways, corridors and passageways and featuring tailgate detection – in the follow short video.

Showcasing the future of integrated entrance control at SCTX
Next