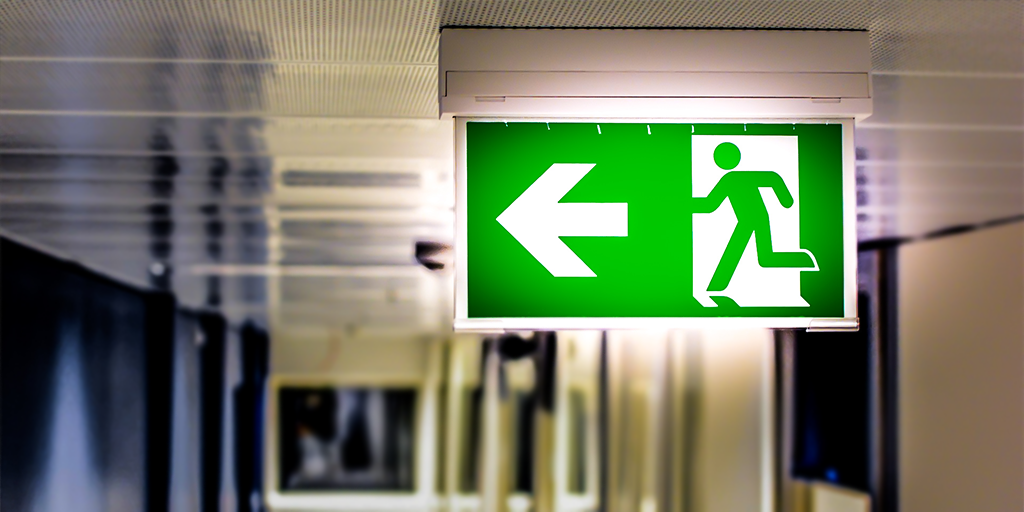 The worst security scenarios remain few and far between, thankfully, but earthquakes and terror attacks aren’t the only things that trigger emergency procedures. In a world of increasing angry protest and climate-driven flooding, there are more reasons than ever before to make sure you are ready for emergency.

Traditionally, protesters wanted to be liked: their act of chaining themselves to the railings was purely to get onto the news. What mattered was whether the people watching the news were sympathetic. Contemporary activism increasingly centres on disrupting people’s lives as much as possible without apology. Last year, the founder of Extinction Rebellion was shown footage of a woman begging road-blocking protestors to allow her mother’s ambulance through to the hospital. He responded that he would have stayed in place even if he knew the patient were dying.

More recently, climate protest groups have moved on from road blockage to interior action, gluing themselves to artworks repeatedly, for example. Forcing an evacuation of the site isn’t the goal of these protests, but it’s generally a result. Whatever one thinks about the tactics of the climate protesters, their concern is evidence based, meaning we are dealing with the climate change as well as the responses to it. Floods are the most common weather-related cause of incidents such as evacuation, and they are definitely on the rise.

Of course, these areas of increasing or new concern add themselves on to more obvious sources of trouble such as fire, criminals and terrorists.

Different emergencies require different responses from building owners or managers. The three most common are evacuation, invacuation and lockdown.

Evacuation – the controlled and orderly exit of people from within your building.

Invacuation – the controlled and orderly movement of people to a closed area within your building, typically away from external doors and windows. This kind of response might be triggered if there has been a bomb threat in a neighbouring building, a chemical spillage, civil unrest, a weapons attack on the street, a nearby fire or even a dangerous dog on the loose.

Lockdown – the locking of external windows and doors, followed by invacuation of people to a secure area within the building; the aim is to create a barrier between some external threat and the building’s occupants, delaying progression of the issue through the building until the police and other emergency responders arrive, or the threat has been removed.

Keeping trouble out in the first place

If there is no external perimeter surrounding your building, the main entranceway into that building is likely to be the first point of contact between your employees and visitors, and anyone aiming to cause you trouble.

When choosing a target, the first thing a potential intruder will scrutinise will be the way into the building. Potential intruders will pick somewhere easier if you clearly have strong security in place.

Entrance control, especially when integrated with other security technologies, can go a long way towards intruder-proofing your building just by acting as a visual deterrent. If you can stop a security breach from occurring in the first place simply by making it seem unlikely to succeed, then you’re less likely to have to deal with the ramifications of an attempt.

An increasing number of our customers are choosing full-height barriers for their turnstiles to do just this. They serve not only as a strong psychological deterrent, but will also physically prevent an unauthorised intruder from gaining access, keeping the threat outside of a building in the first place.

In the event that a hostile individual has already gained access to the building, one way to minimise the threat and the damage caused is to isolate that individual. This not only helps to prevent the threat from moving through a building or the perpetrator hiding, it also makes it easier to direct the police or other first responders to the area where that person is located.

When connected to an access control system, Fastlane’s systems can be controlled remotely from a central location, enabling administrators to lock internal, access-controlled doors to prevent free movement, regardless of presented permissions. This allows for the immediate securing of the building, preventing the threat from leaving the building or from accessing other areas of it.

Emergency exits need to comply with local building regulations and the requirements of emergency services for the evacuation of personnel, whilst still remaining secure. Fastlane turnstiles feature fail-safe and power-fail functions, meaning that in the event of an emergency or power being lost, the turnstiles will open or release all locks to allow free and unobstructed egress.

As long as power is uninterrupted, Fastlane turnstiles are still capable of detecting people as they pass through and in which direction, maintaining a population count. This provides an accurate representation of the numbers of people entering and exiting the building during normal conditions as well as during fire or other emergency egress situations.

Fastlane turnstiles also have an optional forced egress mode, available on all of our Glassgate models. This software-controlled function allows users to exit even if they are not in possession of an authorisation device. Users simply walk into the unit’s exit side and push gently on the glass barriers; the unit will open in the exit direction to let the user out but will alarm to signal a forced event has taken place.

This function is only performed when the beam matrix has not identified someone trying to enter the turnstile from the other direction at the same time. This also means that if someone is in the entry side of the lane, they cannot reach over and pull the barriers towards them to gain unauthorised access via force.

As well as preventing unauthorised pedestrian access, Fastlane turnstiles (and Door Detective units) can provide real-time monitoring of your entrance control, with entry and exit count data provided to administrators via Fastlane Connect.

Authorised personnel can view the traffic flow of each set of turnstiles, and keep track of how many people are in which areas of a building. Should an emergency situation arise, building counts could be generated from a data file for specific regions of a facility, providing crucial information to help direct the first responders to the most critical areas.

In any emergency situation, your primary concern is the safety of your employees – getting them to a safe place as quickly as possible. Entrance control systems can help facilitate emergency protocols by monitoring and controlling pedestrian access, improving safety for building occupants during an unexpected event.

Ensuring you have the right security systems and procedures in place is only half the battle; how your employees act in an emergency can mean the difference between life and death, so it’s important to rehearse any procedures you have to ensure your staff know what to do in the event of an emergency.

If you’d like to talk to a member of our team about the best entrance control systems to help facilitate your emergency protocols, please call us on +44 (0)20 8890 5550 or email info@fastlane-turnstiles.com.

(No)rmally open mode: it’s a no from us!
Next

Are you making your building vulnerable to passers-by?