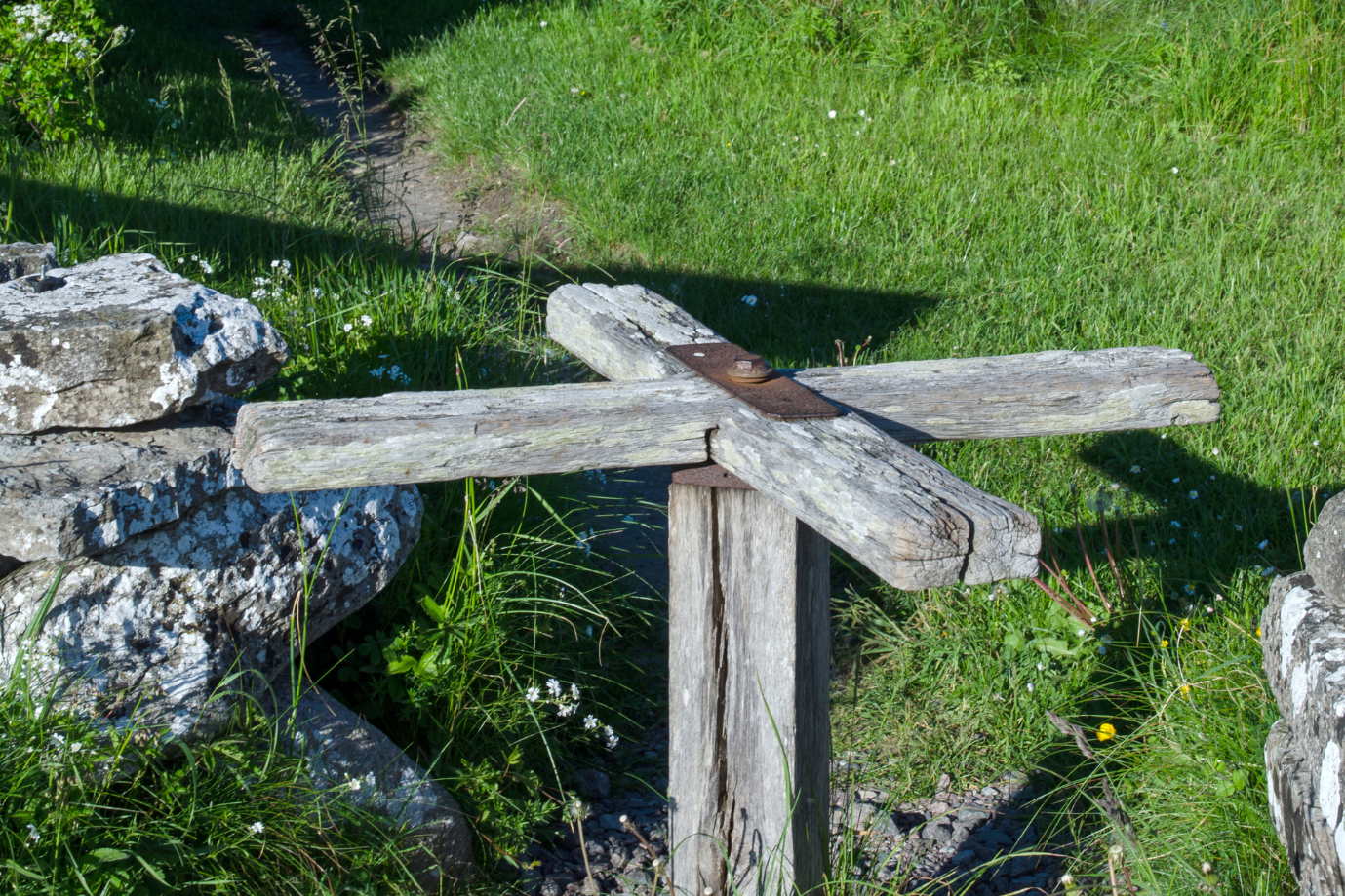 You might think of turnstiles as an alternative to guards but, in truth, automated entrance control and human security work together in almost every modern solution. Here we explain how the two can best work together.

The word turnstile dates to the 1640s, and originally described a wooden rotator with horizontal spokes found at the edge of a field; instead of climbing the stile, the stile now turned. They first became widespread in eighteenth century Britain, as right-of-way laws began to be passed.

The first sporting turnstiles appeared in 1873, with the opening of the original Hampden Park stadium in Glasgow. Since then, turnstiles have spread throughout our lives, and have also evolved – few modern turnstiles actually turn, with our Speedgate glass barrier range exemplifying current design.

Guards and turnstiles – the basics

Integrated access and entrance control systems decide when valid authorisation has been presented, locking and unlocking entry points as needed. The systems are increasingly sophisticated, and will send an alarm to human security teams in a variety of circumstances, for example if the system detects:

It’s up to humans to deal with any alert – in the end, only people can actually detain an intruder, or escort them out. Note also that after some events, security will need to unlock an entry point manually. If an integrated weapons detection and entrance control system alarms, typical behaviour is to lock the entrance control barrier ahead until a guard overrides. Modern systems are highly configurable, and this sort of hard lock happens in any circumstance where the customer and installer decide it is the desired behaviour.

How many staff are needed with modern turnstiles?

In theory, you could set up a wholly unstaffed entrance control system that alerts police all by itself when it detects an alarm event, but this is rare. “This can happen, but don’t recommend it”, explains Tony Smith, Major Accounts and Marketing Manager. “We describe ourselves as offering attended turnstiles.”

Note that ‘attended` can sometimes be stretched to include attention from afar. As we explored in our recent piece on integration with GymSafe, it’s possible to monitor a modern entrance control system entirely with an off-site team. Obviously, that reduces the range of possible fast responses, but for lower-security environments, it works well.

“In some ways, that’s how security works in large buildings anyway”, comments Tony. “Instead of a half-dozen guards in the lobby, buildings today will often have a control room and one or two people monitoring CCTV from there, which allows them to do more with less personnel.”

From the perspective of those using the system, automated entrance control certainly speeds things up. The inevitable reception desk queues of yesteryear recede when visitors simply wave something – a card, a barcode on their phone, the palm of their hand etc – at the turnstile, which grants authorised people seamless access.

Some choices don’t have one right answer; instead, you balance considerations. For example, IDL offers remote controls that lobby guards can use to override the system, say when they recognise the person claiming to have forgotten ID. These are useful, but of course the easier it is to override security, the greater the risk of a clever intruder tricking guards. In a high-security environment, you might decide the convenience isn’t worth the security reduction.

Many such trade-offs exist. Traditionally, entrance control turnstiles have been programmed to give way to a hard push, alerting security as they do so. Largely, this is due to legal concern – might you be sued if someone barrels into the barrier and ends up hurt?

“We work with a major financial services customer globally”, said Tony, “and shortly after the Boston Marathon bombing, they employed an undercover penetration tester. He was able to push through their barriers, and got right to the CEOs office. The barrier hadn’t failed – it was programmed to yield, it did alarm, but lacked a suitable response.”

In this instance, the customer retrofitted locking brakes to their turnstiles. “The key take-away though”, added Tony, “was that they didn’t have enough eyes in the CCTV control room for their many entrance lanes. Even after the retrofit, they didn’t want the turnstiles to lock always; they wanted the option, but recognised they needed more on the human side for when the system wasn’t to lock.”

As the last example demonstrates, people and machines work together to enforce entrance control procedures. In the end, it’s up to the customer to determine what duties are left to the automated system, and what must be covered by sufficient trained personnel. In making these decisions, users will need expert advice from manufacturers and security installers. At any stage of the process, IDL stands ready to help and advise current and potential customers.

Fastlane turnstiles and AdvaNova co-exhibiting at Education Estates
Next