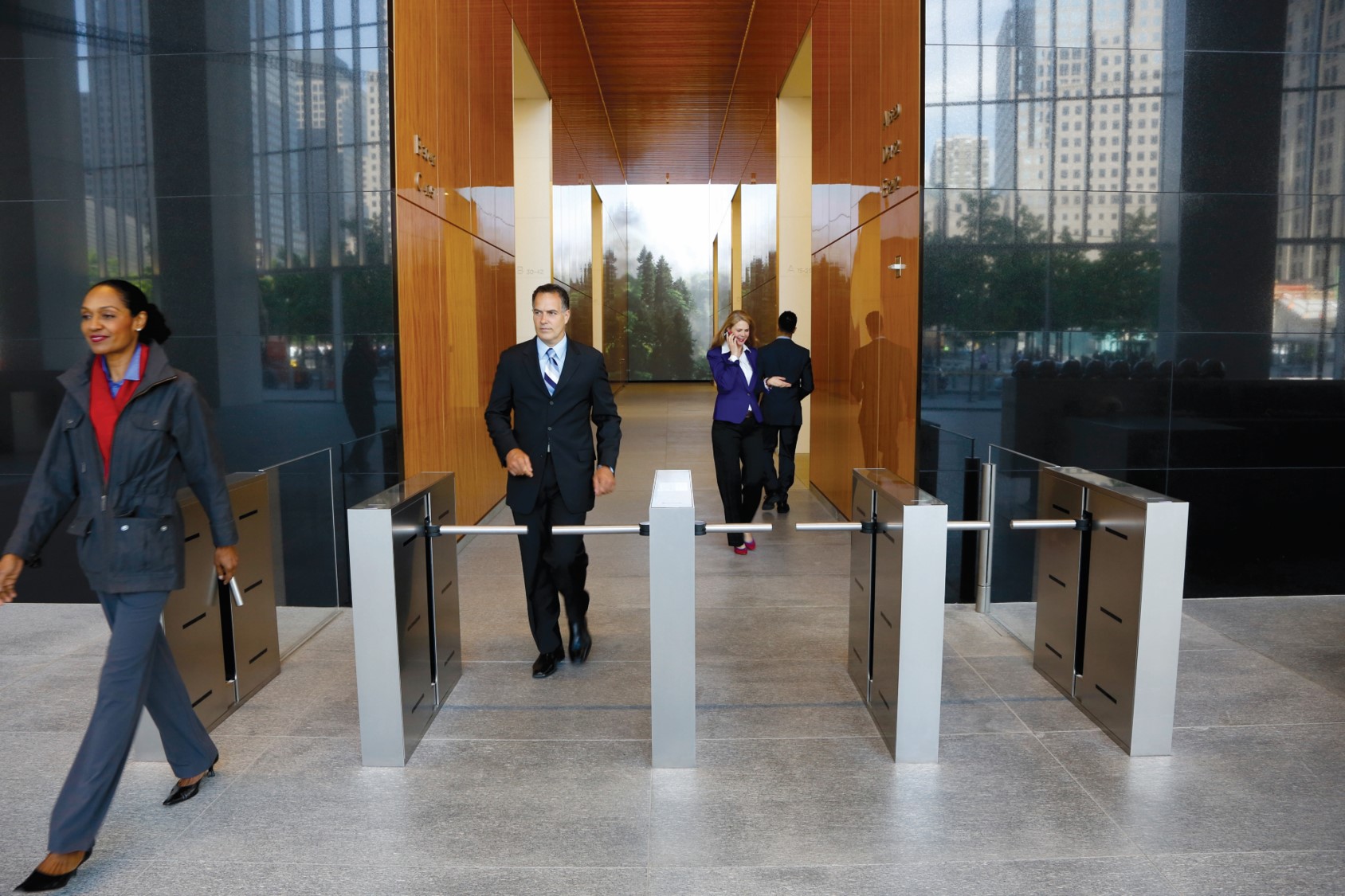 The main objective of any entrance control system is to prevent unauthorised access, protecting the people and assets within from intruders. This kind of security most usually requires a physical barrier which blocks entry to those who don’t present valid credentials, but it shouldn’t inadvertently put users – irrespective of whether deemed friend or potential foe – at unnecessary risk. Nor should they expose an organisation to any risk by causing injury.

Providing secure entrance control turnstiles which are user friendly and safe is at the heart of what Integrated Design Limited (IDL) does. Our turnstiles exist to enforce your correct entry procedures, but we believe that this should never be at the expense of user safety as it is possible to prioritise both equally. When specifying entrance control, it’s important to choose products which can be tailored to operate in accordance with both your security plan and safety requirements but also support your organisation’s compliance and social responsibility commitments.

Below, John Austin – Regional Sales Manager for London at IDL – highlights some of the features to look for when sourcing the most secure and safe entrance control solution for your environment…

Normally open mode is a thing of the past

Around 15 years ago, we were asked to design a version of the Fastlane Plus AS which operated in a ‘normally open’ mode. A New York based client believed this mode was essential to meet the speed of entry requirements of the building’s users. So we elongated the unit to allow enough time for the barriers to close safely if the additional beams identified people who had not badged in correctly.

That was 15 years ago, and times have changed. ‘Normally open’ mode is not something we have advocated since and is certainly no longer necessary, despite the fact that the term remains used within the industry. We know that our turnstiles do not slow people down when in ‘normally closed’ mode, as they are capable of processing people much faster than users are capable of getting their badge out of their pocket. A ‘normally open’ mode is, in fact, now frowned upon from a health and safety point of view, as this kind of action startles users and they can quite easily walk into the barrier – you risk injuring a genuine user who simply forgot their card! We even heard of an event where a barrier shut on someone who didn’t badge in properly, because their hands were full carrying a plant pot, which caused them to drop the plant. Not the type of event anyone wants to have documented in the health and safety log.

Instead, Fastlane turnstiles typically work in a ‘normally closed’ mode, opening after a valid card or other visitor credentials have been presented to allow the authorised user to pass. The glass barriers intuitively move away from the authorised person and close quickly as they pass through the lane to deter tailgaters. 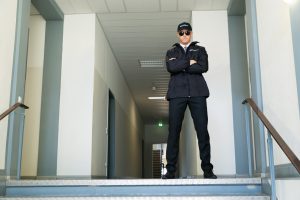 In the event of someone tailgating successfully, there is a school of thought which suggests that, if you make it obvious that they have been detected, or you physically block their entrance unexpectedly, they are likely to carry out their intentions at that point. Our turnstiles are, of course, capable of sounding audible alarms but, if you’re looking for something a little more subtle, you can opt to disable the audible alarms but still flag up an unauthorised entry to the security staff. This approach might allow for security personnel to approach the suspected intruder in a less crowded, more controlled environment, where the appropriate action can be taken, whether that’s reminding an employee of the security protocol or escorting an intruder from the premises.

Toughened laminated glass provides the ultimate in strength and safety

On all of our glass barriers above 1.5m tall, we insist on using toughened laminated glass, which is like the glass used for car windscreens. Toughened glass, such as is used for car side windows, is specially treated so that it will withstand greater force and break into small, pieces under pressure, making it much less likely to break than normal glass and much safer than shards of normal glass should it break. However, the danger with just using toughened glass is that when it does break it will explode with small particles and dust which you wouldn’t want to breathe in or have in your eyes. For this reason, as well as using toughened glass, we also laminate our glass barriers, which serves to hold the glass in place in the event of it breaking, minimising these risks.

Each tall Fastlane glass barrier is comprised of two layers of toughened glass featuring a PVB plastic middle layer. It’s this plastic lamination which holds the glass in place should it get broken. The use of this toughened laminated glass offers better resistance against any accidental damage or intentional impact or stress and, in the event of a breakage, the way the glass behaves is much safer than normal or even toughened glass. This makes our glass barriers the perfect option when it comes to health and safety standards, and it’s why we insist on its use on all of our head-height glass barriers.

Over the years, we’ve had a number of new customers approach us asking to take out their existing turnstiles – supplied by other manufacturers – and replace them with our Fastlane units, due to incidents where the barriers have shut on pull-along luggage and other bags. The chance of this occurring with a Fastlane turnstile is greatly reduced because, inside our units, the infrared matrix which drives the decision to authorise entry assesses what it ‘sees’ to decide whether it’s likely to be luggage or another pair of legs. 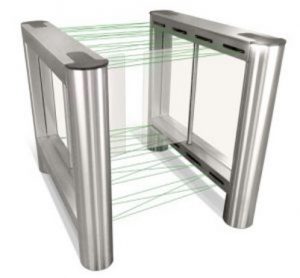 Carrying out thousands of calculations per second, it can draw conclusions based on speed of passage, luggage being carried or pulled, distance to the pedestrian behind and direction of movement. We use only highly advanced optical systems, designed in house, meaning that our turnstiles are capable of making educated decisions about what they see in the lanes, and the barriers won’t close on or trap what they can identify as bags or people. This technology also virtually eliminates false alarms, improves compliance and strengthens effective building security as a result.

Whilst we won’t slam a barrier on someone or something, if the turnstiles senses a blockage in a lane and it has been there for some time, it will try to close the barriers. But this movement is at very low speed and low torque, encouraging who or whatever might be causing the blockage to back out of the lane and seek whatever assistance they need to progress with their journey.

Common to most turnstiles are fail-safe and power-fail functions, meaning that in the event of an emergency – such as a fire – or power being lost, the turnstiles will open or release all locks to allow free and unobstructed egress. In fail-safe mode, Fastlane turnstiles are still capable of detecting people as they pass through and in which direction, maintaining a count. Whilst we don’t recommend that this count be used as a muster report in the case of emergency, it does provide a fairly accurate representation of numbers entering/exiting the building during normal conditions as well as fire/emergency egress events.

Fastlane turnstiles also have an optional forced egress mode, available on all of our Glassgate products. This software-controlled function allows users to exit even if they haven’t got a badge. Users simply walk into the unit exit side and push gently on the glass barriers, the unit will open in the exit direction to let the user out but will alarm to signal a forced event has taken place. This function is only performed when the beam matrix has not identified someone trying to enter the turnstile from the other direction at the same time. This also means that if someone is in the entry side of the lane, they cannot reach over and pull the barriers towards them to gain access.

All Fastlane turnstiles boast optional features which allow you to select the ones which best support your individual security plans and safety requirements, giving you more control over your entrance control system and ensuring that users aren’t put at unnecessary risk. To speak to John or any member of the Fastlane team about your entrance control requirements, please call +44 (0)208 890 5550 or send us an email to info@fastlane-turnstiles.com.

Preventing tailgating and collusion at Allianz Insurance
Next