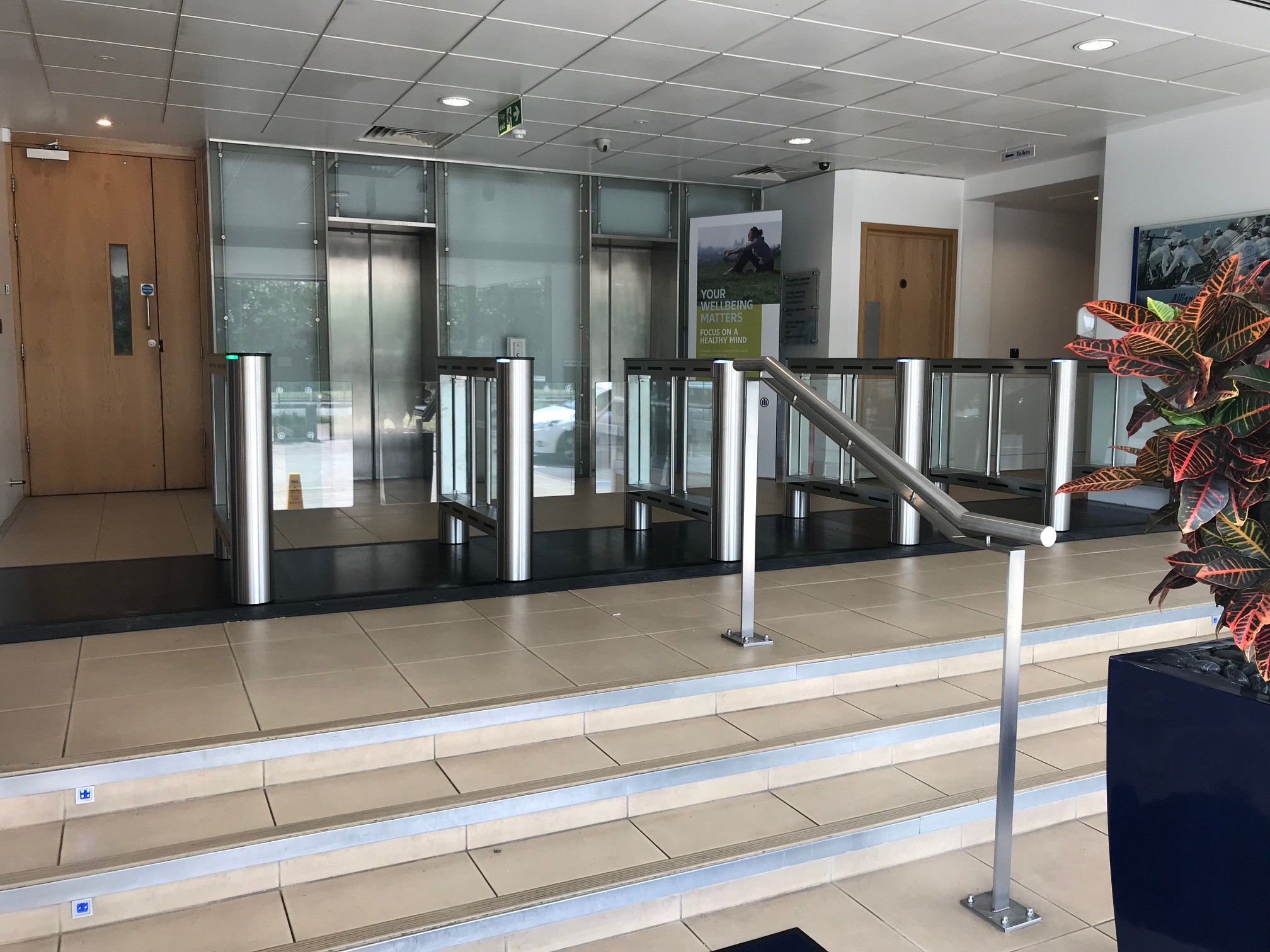 Working with AVANZA Intelligent IT & Security, one of our key partners, Fastlane turnstiles have been installed at the Head Office of Allianz Insurance Plc., a leading and highly regarded general insurer in the UK market, to improve overall security and prevent unauthorised pedestrian access via tailgating and collusion.

Following a security audit conducted by AVANZA the previous year, a number of recommendations were made to improve the site’s security. An integrated security system was designed and installed, combining entrance control, access control and CCTV to ensure the long-term protection of Allianz’s data, physical assets and staff at this key site.

Part of the project involved the installation of six, DDA compliant lanes of Fastlane Glassgate 150 turnstiles, with an integrated Avigilon access control system and Third Millennium multi-pass card readers. The main objective of the turnstiles is to ensure that staff use their access control cards correctly – preventing them from allowing access to colleagues who may have forgotten their own card, for example – whilst at the same time heightening security by preventing people outside of the organisation simply walking in off the street to gain access to the office. 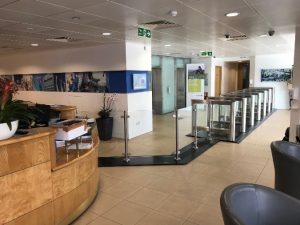 Charlie Salamone, Director at AVANZA Intelligent IT & Security, commented: “The Glassgate 150 was chosen as it’s one of Fastlane’s medium security turnstiles, with pedestal-height glass barriers providing a visual deterrent to anyone considering an unauthorised access attempt, whilst maintaining an open feel enclosure making the units visually appealing. The turnstiles were installed on a platform in the reception area, with cables laid beneath, as our client didn’t want to drill into the floor. The weight of the turnstiles holds the entrance control bank in place.”

Phil Allen, Regional Sales Manager (UK & Eire) at Integrated Design Limited, adds: “As well as looking great and providing a physical deterrent, it’s the intelligent technology within the turnstiles which appealed. Thousands of calculations are made per second based on the speed of passage, distance to the pedestrian behind and direction of movement – our turnstiles can even detect luggage being carried or pulled – ensuring only one person gains access for each authorised card presented. It is this intelligent decision-making which allows Fastlane turnstiles to detect tailgating as close as 5mm, whilst at the same time avoiding false alarms.” 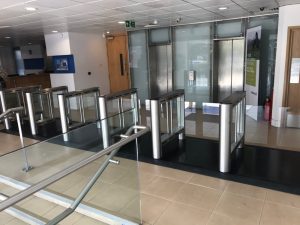 The turnstiles alarm when abnormal traffic flow and attempted forced entries are detected, flagging up any entry procedures which aren’t being complied with, alerting people to a potential intruder. Being integrated with an access control and CCTV system, in the event of a suspected security breach, the CCTV system captures images of the situation, which can be reviewed to identify the people involved. Once detected, the individual causing the alarm can be identified as friend (causing an accidental breach) or potential foe, at which point the appropriate response can be deployed.

Charlie concludes: “I’ve worked with IDL for over 10 years and have always found them to be very professional. I have also dealt with other turnstile manufacturers and my experience has been that it’s often difficult to get hold of someone to speak to. We have a fantastic relationship with IDL across their departments – if we need sales support, we’re on first name terms and, if we need technical support, I know they’ll be responsive, knowledgeable and helpful. Fastlane turnstiles are also incredibly reliable, so I have no worries recommending them to our customers. In fact, I’ve never had any issues with a Fastlane turnstile installation.”

To find out more about the Glassgate 150, or any other products in the Fastlane range, please contact our team by calling +44 (0)208 890 5550 or send us an email to info@fastlane-turnstiles.com.

Are your turnstiles potentially putting both users and your organisation at risk?