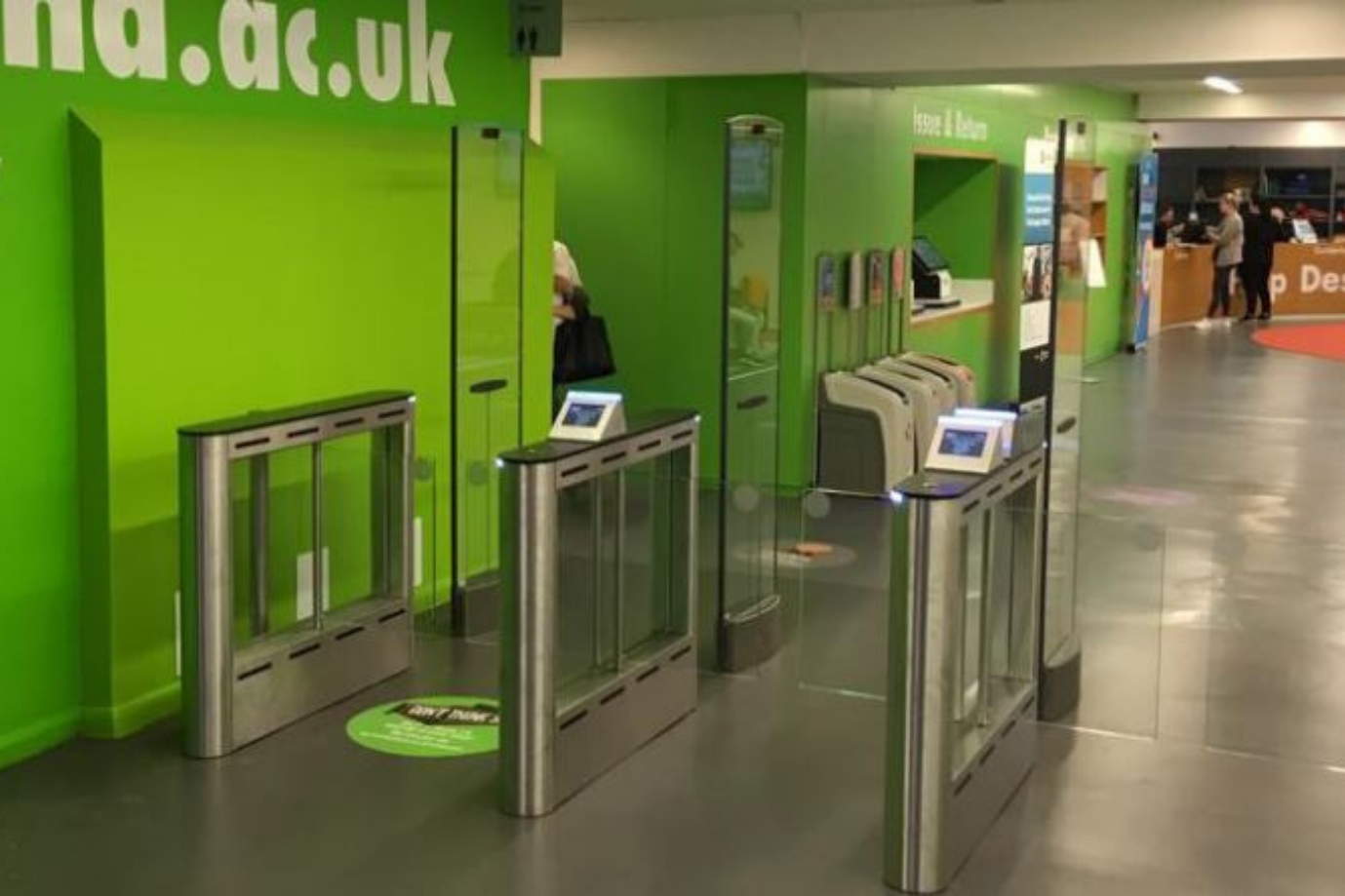 With a requirement to increase the security at their library facilities, yet still ensure ease of student access, the University of Sunderland sought an entrance control solution that would also improve their ability to access valuable data on how the libraries were being used.

The university is renowned for being a centre of education, with the ancient St Peter’s church, built in 674AD, providing the setting for the university’s award-winning Sir Tom Cowie Campus at St Peter’s.

With a student population of over 20,000, the university has two libraries, the Murray Library (City Campus) and St Peter’s Library (Sir Tom Cowie Campus), both offering a combination of staffed and self-service opening hours.

The requirement for an improved access control solution came about due to the need for increased security at the libraries. Rachel Dolan, Campus Library Manager explains,” We needed a way of improving security at both sites, in particular at The Murray Library which is based in the city centre. We wanted to be able to track student usage of the libraries, but also to provide a physical barrier as a way of ensuring that only authorised staff, students and visitors could gain access to the facility.”

Working with integration partner, Telepen, five lanes of Fastlane’s Glassgate 150 turnstiles were installed across the two libraries at the university in the autumn of 2019. Telepen also worked alongside the university’s Estates and IT departments to integrate the entrance control solution with the existing RFID book security system from another vendor.

Rachel and the Estates department at the university were introduced to Telepen and Fastlane after receiving recommendations from other libraries and subsequently made the decision to go ahead with the installation after visiting sites with turnstiles in use at the Universities of Durham and Manchester.

Phil Allen, Regional Sales Manager (UK & Eire) at Integrated Design Limited, said: “The Glassgate 150 turnstiles not only act as a visual deterrent to potential intruders, but the stainless steel and glass materials used mean that as well as providing the required level of security, the units are also modern and visually appealing.

“Our turnstiles were also integrated with Telepen’s Juno library management software, the only access control software specifically designed for academic libraries. Being compatible with this system enabled the library staff to capture and analyse data allowing them to make plans around when to open the library based on its usage.”

“We needed to be able to access richer data on who was using the library, and when,” explains Rachel, “so being able to run in-house analysis for capacity at different times, which we look at with the security team, has been really valuable. We also use the data to collate annual footfall figures for library benchmarking purposes.”

Commenting on the installation, Barney Yabbacome, Account Manager (Midlands and North UK, NI and Eire) at Telepen says, “As the libraries are in use around the clock, the university needed a solution that could be installed quickly with the least amount of disruption to students still accessing the facility. In terms of security, the turnstiles prevent unauthorised entry and create an internal perimeter, ensuring a safe working environment for staff, students and visitors.”

The Glassgate 150 provides the very latest in high-tech entrance security, offering a cost-effective route to preventing the most common access control violations, such as tailgating, passbacks and unauthorised entrance attempts. As with all models in the Fastlane range, the Glassgate 150 ensures that only one person gains access for each authorised card presented. It is this intelligent decision-making that allows Fastlane turnstiles to detect tailgating as close as 5mm, whilst at the same time avoiding false alarms.

The new turnstiles have been positively received by the students using the facility, particularly in the city campus where the library is open 24 hours a day and there had previously been no way of preventing unauthorised access.

Highlighting one specific area of the installation, Rachel says,” The nature of the project meant that one part of the site where the gates were due to be installed was still being refurbished, so there was a lot of communication between us and the installation team around the location of network sockets and power outlets. The service we received was excellent, everyone involved did go above and beyond to ensure the install of our system and gates was completed on schedule at both sites.”

To find out more about the Fastlane range of products, or to arrange a Covid-safe demonstration at our showroom in West London, please contact our team by calling +44 (0)208 890 5550 or send us an email to info@fastlane-turnstiles.com

The role of entrance control in securing visitor attractions
Next