Fastlane is famous for securing many of the world’s most iconic buildings, such as the Aldar HQ in Abu Dhabi and several of the buildings in the World Trade Center complex in New York. But, did you know that Fastlane turnstiles have also been in the spotlight on your screens?

Designed to complement the environments they protect, our turnstiles appear in many action-packed scenes but are often so discrete you may not have noticed them, so we thought we’d highlight just a few. Next time you sit back with your popcorn in hand, keep your eyes peeled and let us know if you spot any appearances that we haven’t.

Just concluding a five-year series run on FOX, Gotham is the prequel to the Batman franchise and tells the stories of the Jim Gordon and Bruce Wayne characters, as well as providing origin stories for many of the infamous Batman villains. Protecting Gotham’s police station you’ll find our Fastlane Glassgate 150 turnstiles, preventing the likes of The Joker, Bane and Poison Ivy from gaining unauthorised access.

Just finishing its second season on Sky Atlantic, Succession centres around the fictional Roy family, the dysfunctional owners of a global media and hospitality empire. In the show, you can see custom Fastlane Plus 400 MA turnstiles securing the fictitious Waystar Royco building, which – in real life – is actually World Trade Center Tower 4, pictured below. 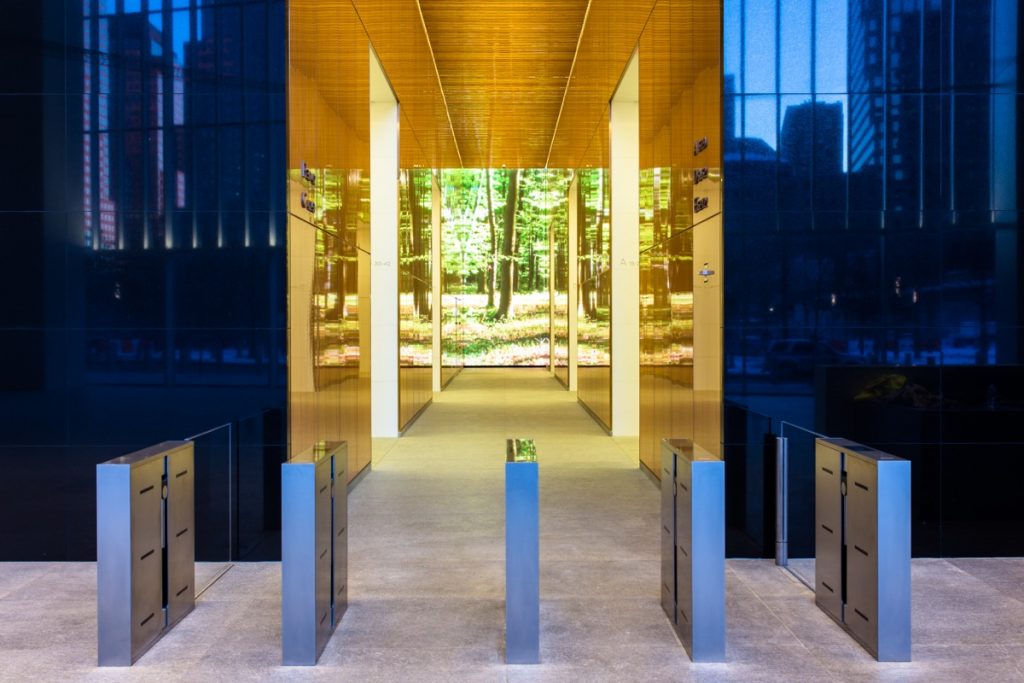 In this thrilling film, an undercover agent at a private intelligence firm is hired to infiltrate the East, an ecoterrorism cell targeting companies that pollute the environment. Produced by Ridley Scott and receiving high critical acclaim at the 2013 Sundance Film Festival, you can spot bespoke Fastlane Plus 400 MA barrier arm turnstiles protecting the pharmaceutical building’s lobby.

In the thick of the action in Sweeney

Set in contemporary London, this British action drama film tells the tale of Jack Regan, a DI with unsubtle policing methods. In the screenshot below you can see our Glasswing and Intelligate turnstiles amidst the action. 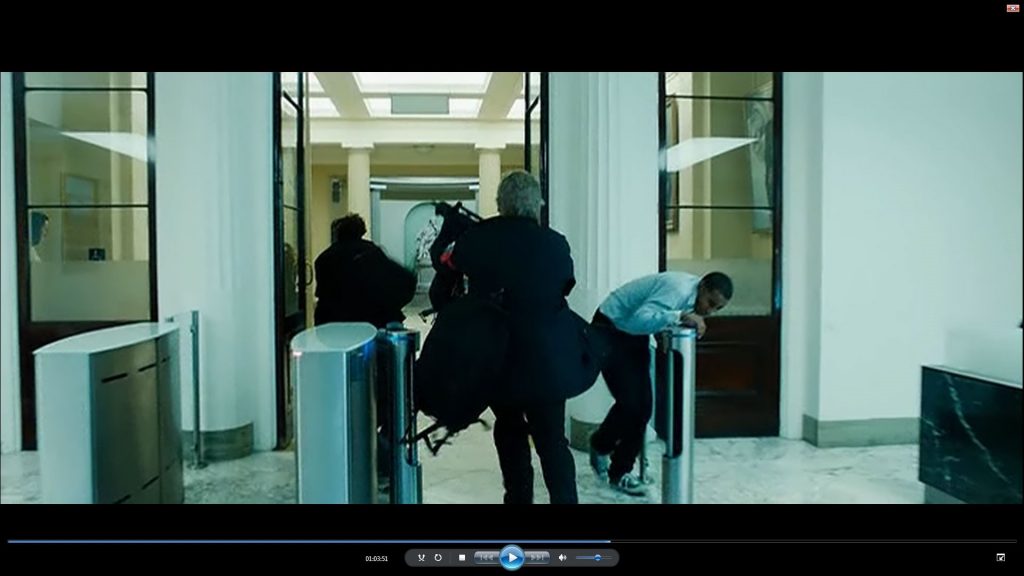 New to Netflix is the first season of Russian Doll, staring Emmy-nominated actress Natasha Lyonne in a ‘Groundhog Day’ scenario. Natasha’s character – Nadia – repeatedly attends the same party in New York City each night, only to die at the end of the night every time and then awake unharmed the next day. You’ll find a custom gold finish Fastlane Plus 400MA in episode 3.

Discrete security for a high profile fight in Rocky Balboa

Rocky Balboa is the sixth film in the Rocky series and tells the story of a now retired Balboa living in Philadelphia. Balboa now runs a local Italian restaurant called ‘Adrian’s’, named after his late wife. Yearning to recapture a bit of his glory days, Balboa comes out of retirement to re-enter the ring for a few low-profile, local matches. All this changes when he accepts a challenge to fight the world’s reigning heavyweight champion. In the lead up to the film’s keynote fight, you can see a Fastlane Clearstyle 200.

Create your very own Oscar-worthy lobby

The environments mentioned above are fictitious, but creating a secure and stylish lobby is very achievable in reality too. To speak to our team about the latest entrance control technology, integrations and customisation options please get in touch on +44 (0)208 890 5550 or sales@idl.co.uk.

Entrance control for different environments
Next