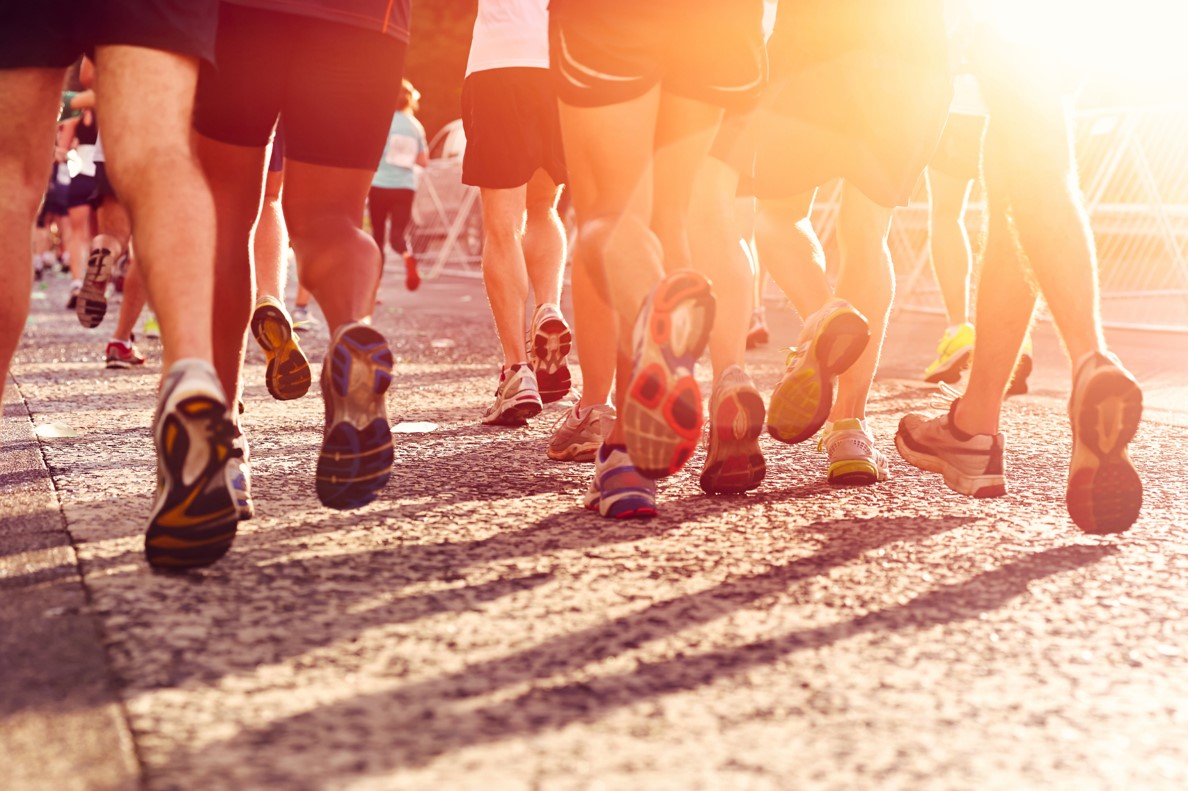 Derek Huff, Managing Director at Integrated Design Limited, is not afraid of a challenge. The driving force behind IDL for over 30 years, he has led the company in the design and manufacture of a portfolio of over 40 market leading pedestrian access control products.

These products secure some of the world’s most iconic buildings, including The Lloyds Building in London, the UNESCO headquarters in Paris, the Aldar HQ in Abu Dhabi and the new World Trade Towers in NYC.

Now Derek is taking on a challenge of a different kind – running the London Marathon. Derek will be running the 26.2 mile course on 23rd April 2017 to raise money for Reed’s School in Cobham, a Charitable Foundation aimed at providing the best education to young people who have been disadvantaged, often by the loss of a parent.

Derek comments: “I decided to tackle the London Marathon as a personal challenge, but also to raise money for this wonderful school in Cobham – Reed’s School. It has an amazing history and ethos and I know at least three pupils who have been given access to a fantastic education thanks to the bursaries available. I hope to raise as much money as possible to support the education of future students.”

Derek started running regularly on New Year’s Day 2010. It may have begun as a New Year’s resolution, but since then it’s become a habit he loves. Derek explains: “Outside of the occasional injury or other good reason, I’ve made it my habit to run every day before work. I don’t tend to clock big distances or cover them particularly quickly, but over the course of last year I ran over 1,000KM, which is approximately the distance between Land’s End and John O’Groats. In terms of keeping fit, running is incredibly time efficient, it’s easy to judge progress and is stress-busting. There are a few of us who run regularly at IDL and it’s great to take part in team events, but equally, there is something special about running on your own at a time of day when the world seems completely uninhabited.”

This isn’t Derek’s first marathon, so he knows what to expect physically. “I ran the Brighton marathon a few years ago and after that I was pretty sure I wouldn’t put myself through another one, but, having helped a friend train for the London Marathon last year, I started thinking about it. When the opportunity came along to run it myself, I had to take it. My training is going ok so far, although at the start of the year I was nursing a minor knee injury so I didn’t cover as many road miles as I’d hoped. I made up for it a bit by doing some lower impact training in the gym though. The IDL team are generally a great support, although not so much when they give me a hard time because my legs hurt climbing the stairs at the office!”

Derek is hoping to run a sub 4:00 hour marathon. “Although I’m clearly not aiming to be first past the post, I am looking for a decent time. I’m some way off my target time at the moment, but I’m on schedule with my training and feeling positive – if I don’t beat 4:30 I’ll be disappointed. I can’t pretend I’m looking forward to the later miles – they’re just going to hurt and that can’t be avoided – but I am looking forward to the first half of the course. Running a marathon in a city like London has to be incredibly inspiring and the cheering crowd, plus the motivation of the fantastic school I’m raising money for will give me the encouragement I need to get through the hard stages.”

Running the London Marathon is a huge achievement, but it’s not the only ambition Derek has for the year. Thinking about the year ahead for IDL as a company, Derek comments: “There are some significant opportunities for UK companies at the moment, particularly those whose products are sold internationally because of the understanding that British-made brings a high degree of quality. Working with our fantastic international partners we want to make the most of this shared opportunity. During the upcoming year, product development will continue at pace, and we’ll be unveiling some exciting new offerings at forthcoming trade shows.”

IDL is focused on developments to meet the needs of the present and future higher security applications that are now required to secure buildings, so the company continues to invest in new technologies and innovations.

IDL will soon be launching the Fastlane Glassgate 155. An adaptation of Glassgate 150 model, the Glassgate 155 will feature the additional benefits of wider lane options, a locking brake and concealed infrared beams for a further improved aesthetic appearance. This will complement IDL’s development of the higher security, Speedgate range. IDL will also be introducing new software applications for Fastlane Connect, providing enhanced functionality.

“Some of our recent development work might be described as iterative, making improvements to existing products in the range and bringing in as standard, features that were initially bespoke. Later this year, we will see some introductions which will be hugely exciting,” concludes Derek.

If you’d like to support Derek in achieving his fundraising target for running the London Marathon, please visit his JustGiving page and donate what you can: https://www.justgiving.com/fundraising/Derek-Huff1

From architect’s vision to reality – securing the Angel Building